Paleblack is the first music video from the independent artist VOIDFACTORY (ex-Spiky). It deals with 5’30 of rock / modern / orchestral music. Percussive and dynamic periods are alternating for lull or even arrhythmia making it a complete and contrasted musical experience.

A word about the video.

We tried to get the most out of the orchestra (http://www.les-orchestructibles.org/) in a very short time as it was shot by night at the Magic Mirror of Istres with a bunch of DSLR cameras. As the orchestra features the most dynamic moments, the abstract experience of the banquet scene (including the bathtub) is revealed by the use of slow motion (240FPS) with a SONY FS-700. This was tricky, because the 240FPS shooting is limited to 8 second on this camera. A good picture is good lighting and a good subject, that’s why we took the time to set up the best lighting we could use in terms of color and exposure. We wanted something coherent so we do not have to go ‘against nature’ during the post-production phase. Actually, we only revealed what was already there.

We took a particular care about the accessories: The bathtub (which was freezing cold!) filled with coffee, the table with the turnips, the hat (made out of cereal boxes). We created nearly everything with our little hands, and, when we couldn’t, we tried to scavenge things from second hand goods sales or rent it from friends. We counted hundreds of items, and it was a full-time job! This process, the choice of the accessories, the colors as well as the aesthetic of the music video and the rhythm of the music is a part of a more ‘Steampunk’ side of Paleblack.

The intended dry mix clarifies things by not blurring everything (with an outrageous reverberation effect for example). I want it so that we can hear any instrument for different hearing experiences depending on your focus/mood, but to keep the global effect of an orchestra ensemble, hard compromise! The modern yet natural treatments applied during the mix keep the aerial feeling of the orchestra without removing its principal powerful essence, revealed by the percussions. In fact, the mixing work was done by the recording, as everything was recorded separately (see point VI for more) and the mix tended to keep the things natural. The use of 80% of ribbon and tubes microphones/preamp is doing a lot in the sound spectrum so it keeps this traditional/vintage grain but it mostly avoids any postproduction ‘pseudo-vintage’ numeric treatment.

Paleblack also features audacious harmonic choices by the use of exotic or created instruments (Balalaika, Didgeridoo and some percussions) mixed with the orchestra.We used different Didgeridoosthanks to the talented Zalem Delarbre (http://www.zalemdelarbre.com/) in order to get the good notes for the different period of the song and avoid artificial retuning.

During the making of Paleblack, we had the tremendous surprise to be selected to open Marseille 2013, European capital of culture. The orchestra played the track on the main street in Marseille in front of thousands of people and this was a huge amount of prestige for us!

As VOIDFACTORY is an independent artistic project, it is very complicated to get a decent budget, especially if you want to look big (which is not easy if your music depends on an orchestra). We crowdfunded the music video via Ulule (http://www.ulule.com/spiky-paleblack/) and we got the rest of what was needed by asking some local help, then, we were good to go ! Nobody was paid during the shooting of Paleblack as the entirety of the money went to the renting of cameras and lights. It is a human experience as we always tried to find motivated people, technicians, compromises and oblique ways in order to get what we truly needed. The different places we shot were at our disposal thanks to the different administrations we negotiated with. The music has been entirely recorded, instrument by instrument in a single flat, over 40 days of recording.

The lack of mean can be beneficial, it expanded our creativity in the way that we always had to find different solutions to reach our vision – and we are satisfied with the results so far. 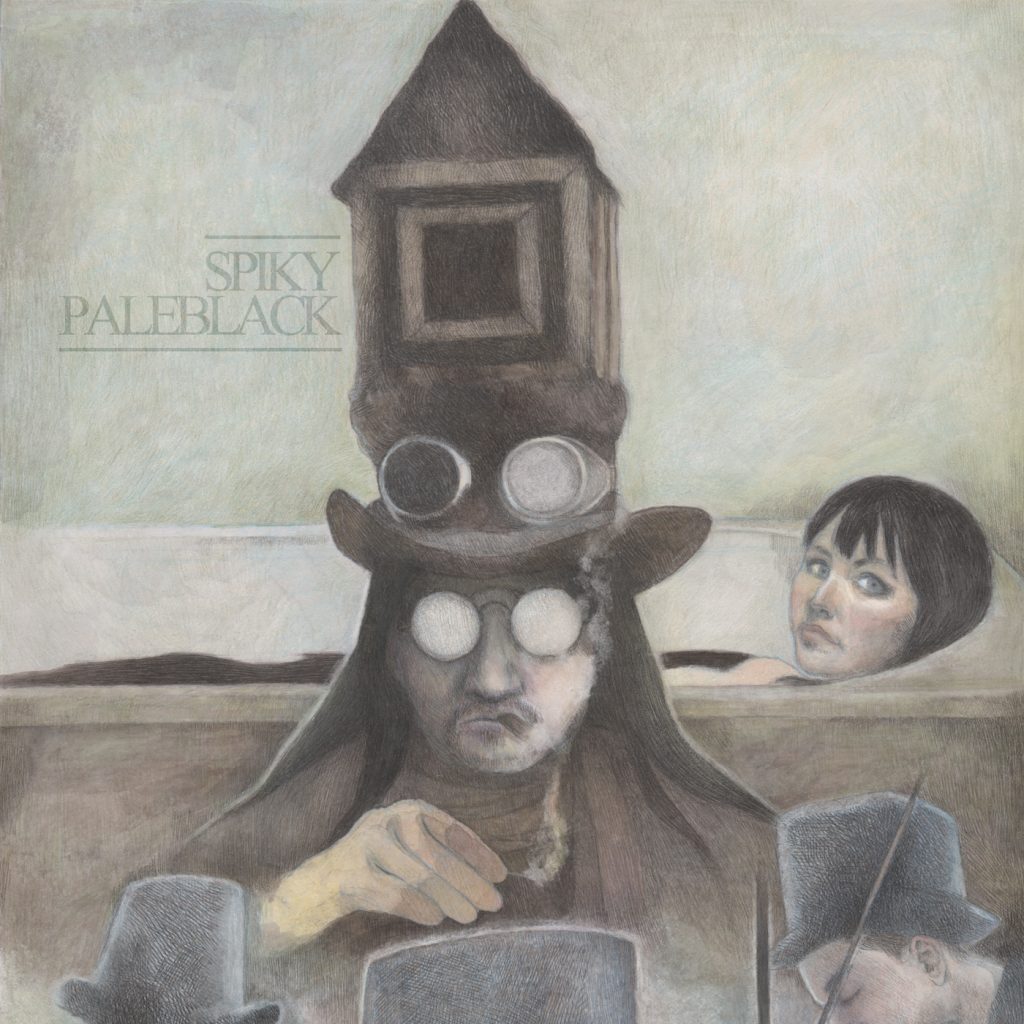